LOUISVILLE, Ky. (October 11, 2018) – On Tuesday President Trump gave final approval to the Marrakesh Treaty Implementation Act. This comes after bipartisan support of the bill in the both the House and the Senate. The change gives Americans who are blind or visually impaired access to accessible books from more than 40 countries that have joined the Marrakesh Treaty.

“We are excited to see the United States government understand how important accessible books are for everyone,” said Gary Mudd, VP of Government and Community Affairs at American Printing House for the Blind (APH). “At APH, we believe accessible information is more than a convenience, but a human right. We look forward to the role we will play in the sharing of these important publications. This is a major step forward for people who are blind or visually impaired here in the states, and across the globe.” The Marrakesh Treaty creates a copyright exemption for domestic reproduction and use of accessible literary works and printed musical works. It allows for the exportation and importation of these accessible items in formats such as audio books, braille, and large print. Authorized organizations serving people who are blind or visually impaired can import works to or from more than 40 countries that are part of the treaty. To help facilitate the exchange of accessible books now allowed by the Marrakesh Treaty, APH has become a member of the Accessible Books Consortium. Look for an announcement from APH on this new collaboration in the future. APH already has extensive databases with accessible materials available to the public. You can visit the Louis Database at louis.aph.org and the Migel at migel.aph.org. 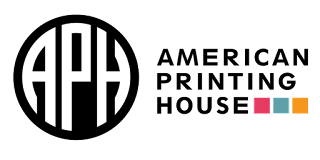 O&M Strategies for Working with Students with CVI

Partners in O&M: Supporting Orientation and Mobility for Students Who Are Visually Impaired, is a resource that bridges the gap between what O&M specialists teach, and every day life with parents and TVIs. In chapter 4, readers learn about O&M for children with CVI. SIDEBAR 4.7 O&M Strategies for Working with Students with CVI Roman-Lantzy Read More…

Are You Looking for Something to Do This Summer?